It was a grey and windy-ish day when the GG assembled in the Frilford Golf Club carpark for the session on Boundary House Fen.

It was a good turnout, just short of 20 volunteers. To get to the Fen we have to negotiate round the fairways and golfers to a lower area at the side of the golf course where a drainage ditch enters the course. This ditch is the main focus of our efforts as draining the water from the area is not what we want. Instead we want to flood the surrounding site so that the fen can improve, making the wildlife flourish. Over the years that we have been working this site we have very much seen the fruits of our labours.
The reeds that have started to spread and haven't been cut due to the Covid restrictions, had to be chopped down and laid in the ditch causing a blockage and making the water spread across the fen. Rod D'Ayala who along with Judy Webb have been the major players in improving the site were there and had already started to cut the reeds. So our job was to continue to scythe the reeds with 3 scythers and the rest raking, dragging and stomping the reeds into the ditch.
The pictures as you can see are self-explanatory, with some having a reed raking race to the ditch, with the piles then pitch-forked on top of the old reeds from last time, which have sunk making silt and peat which slow the flow of water. The plan is for the ditch to eventually completely disappear making the water spread across the site to become a natural bog/fen.
Some of the photos are of our well-needed refreshment break and Judy showing us the varied selection of fungi growing in the fen at this time of the year, the ones you could eat, the ones you couldn't and some that might make you hallucinate!
By the end of our session the picture shows the good morning's work. We will be back a few more times this winter to compete our task.
-Kevin
Photos by Sally: 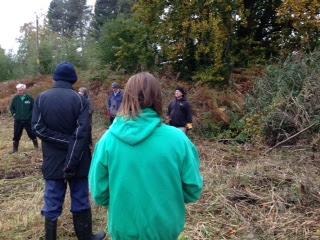 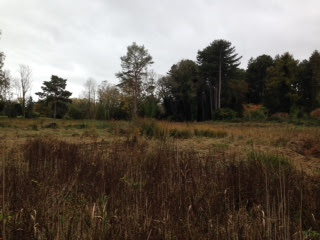 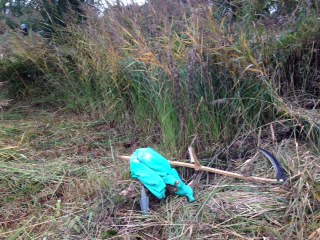 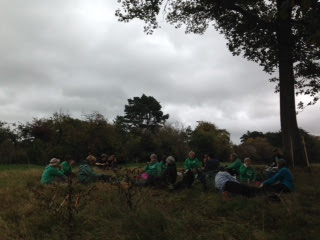 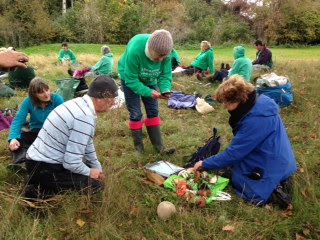 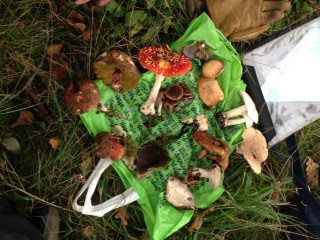 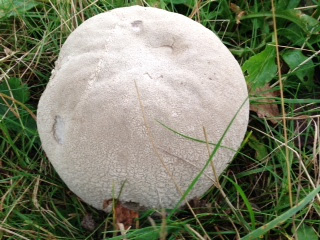 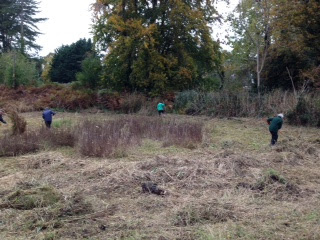 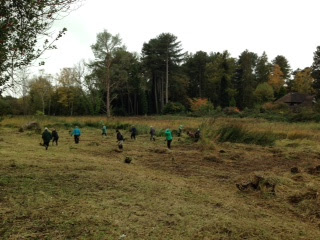 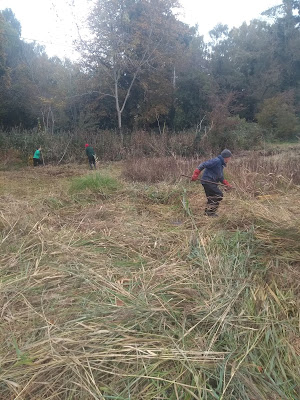 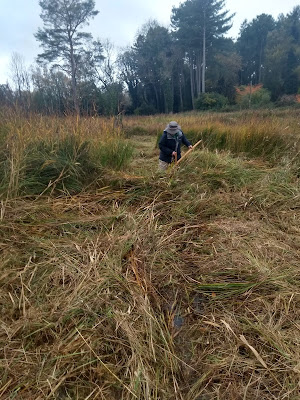 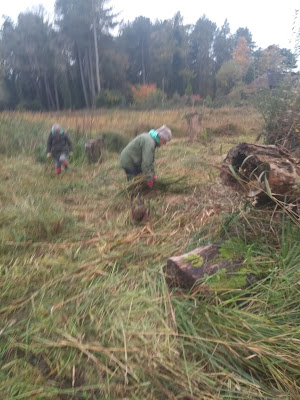 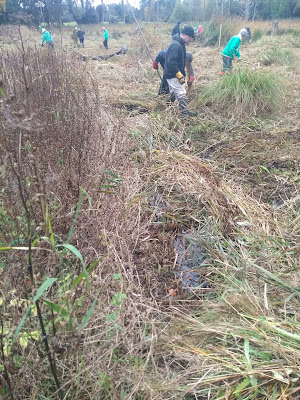 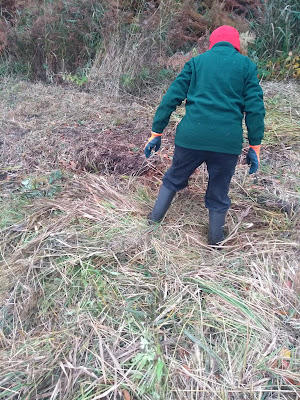 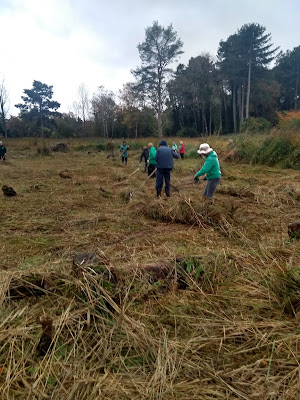 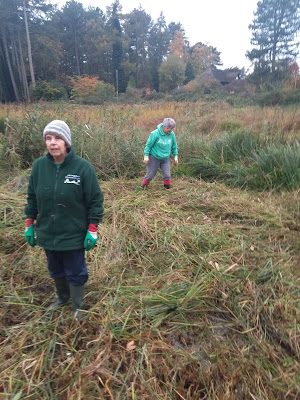 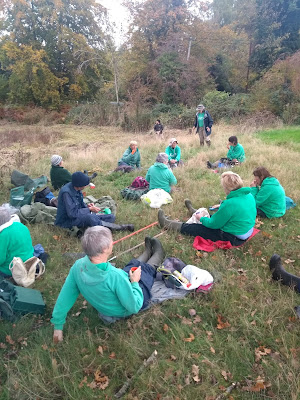 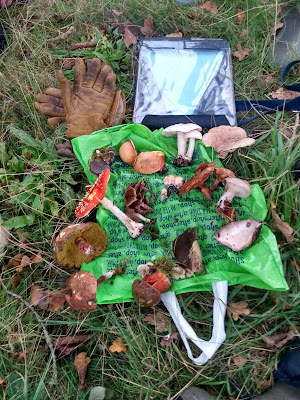 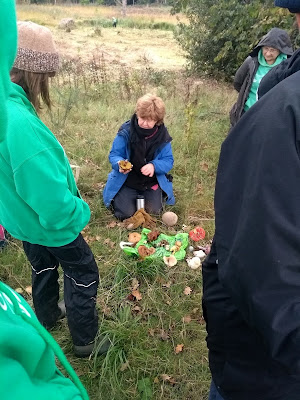 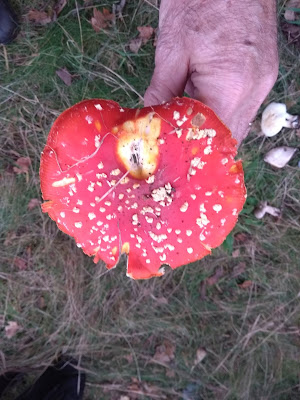 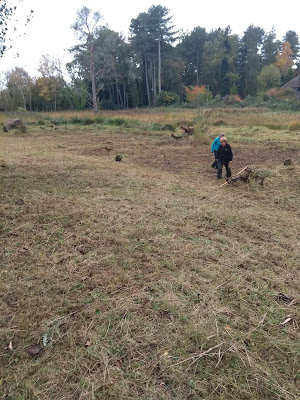