Showing posts from December, 2016
Show all

Group photo from our last session of 2016! 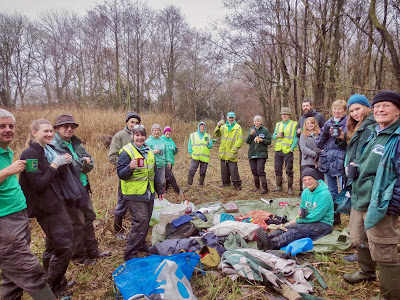 Judy Webb sent through a group shot of the Green Gym members from our last session at Cothill Fen last Saturday:
Post a Comment
Read more 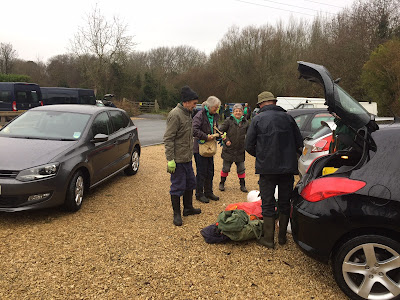 Our last session of 2016 already and back to Cothill Fen for the second week running!  We were here to continue with the tasks that had kept us occupied on the previous visit. Primarily to remove the recently-felled trees from the fen itself to piles at the perimeter, while another group was tasked with reed cutting and raking/stacking at the far end of the site. Although it had been dry when we assembled in the car park, no sooner had we walked down the lane to the fen itself than it began to spot with rain.  As the morning progressed, the rain got heavier - to the extent that we got a reasonable soaking.  Not to worry, there was considerable motivation to keep us going, namely the annual Christmas dinner in the Merry Miller pub afterwards.   From the outset, it looked like we had much to keep us busy before thoughts could turn towards luncheon.  There was quite a considerable brash pile to deal with.  Fortunately, our numbers were sufficent enough to give us a decent chance.  We
Post a Comment
Read more 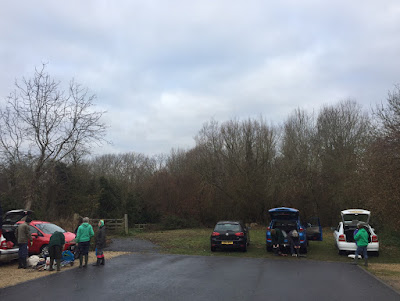 December already and our penultimate session of the year - the first of two successive trips to Cothill Fen to continue our work at the nature reserve there.  The preceding week had been cold and frosty, but Saturday morning was a little milder at least.  Just as well since Dieuwke and Barry had been keen enough to cycle in! Before our arrival another work-party had visited and removed some more of the (mostly Alder) trees at the edge of the fen.  These had encroached upon the site in recent years, slowly destroying this rare habitat.  The group had also cut the reeds back.  Therefore our two tasks were to rake up the reeds and transport them to piles by the main footpath in, and also to remove as much as the brash remaining from the aforementioned tree-felling operations. As always here, Judy Webb was on hand to provide guidance and carry out some of her usual species identification.  Some of the photos below show some of the interesting plants and fungi seen on this visit. The
Post a Comment
Read more
More posts