By Andrew - June 04, 2019
This was our first visit of the year to Manor Farm, Marcham, where we have been pulling up Himalayan Balsam for several years. As you will see from the photos, the balsam is not yet in flower, though some of it had grown quite tall.

There were fourteen of us in all, and we set off for the fields behind the farmyard. The weather was quite warm and sunny and we were grateful for this, remembering a sudden storm which we had experienced last year We found that quite a lot of trees had been felled since last Summer. The problem with the Himalayan Balsam here is that most of it is on the other side of a stream and beside a lake, which makes it difficult to get at. It was a question of  either wading across or using the makeshift “bridges” of tree trunks. We managed this, despite initial trepidation and soon were hard at work in three different areas. The more we looked, the more there was and we worked hard until our tea break by a convenient bench.

We carried on until 12.30pm, yet realised that there was a lot more work to do. There was a positive forest at one end of the lake and much of the balsam would have been concealed by nettles, ready to spring up as soon as the nettles began to die back.

We made our way back to the farmyard and some people took the opportunity to buy the local eggs, honey and asparagus. We will be back again in two weeks’ time.
-Eleanor 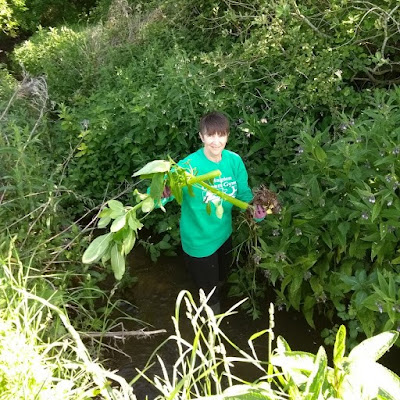 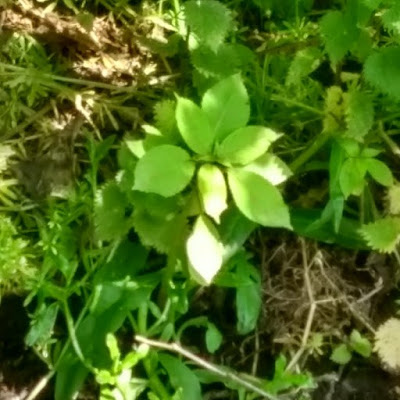 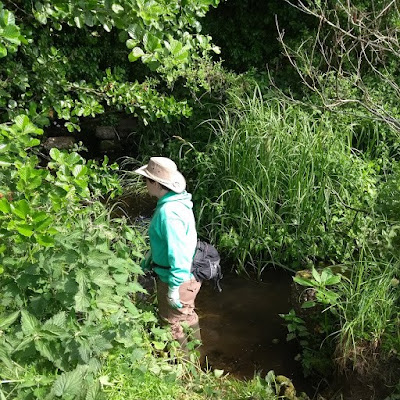 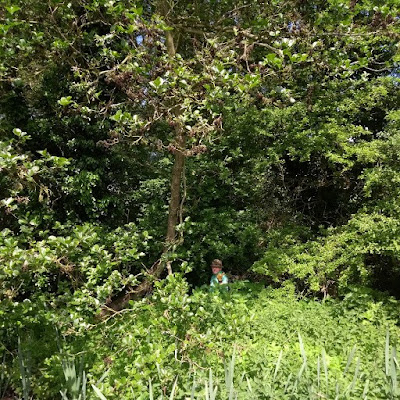 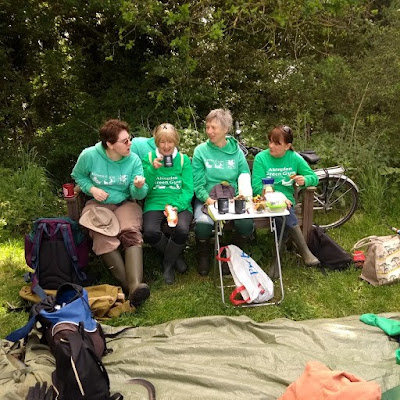 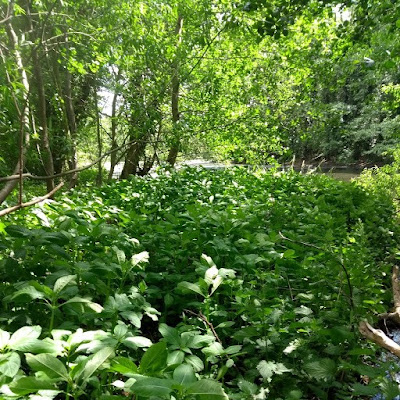 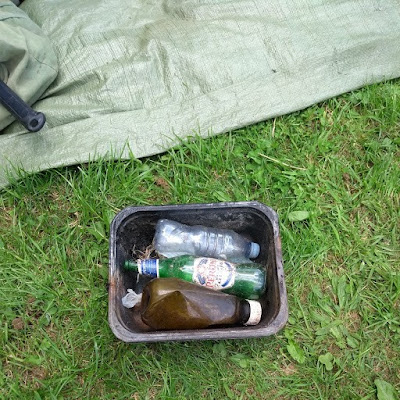