This week's session found the Green Gymmers tackling invasive Himalayan Balsam in a SSSI managed by Natural England in Frilford. It is a relatively new site for us, adjacent to Woodhaven, which is now under new ownership. We met in the car park of Frilford Heath Golf Club and then, due to a massive traffic jam, we decided to make our way on foot to the site, which was only a few minutes' walk away down Denys Farm Lane to Sherwood, where we were greeted by the site owner and Eleanor, our leader for the day, introduced us. We then made our way through the back garden to the SSSI site, where we set up base camp near a pond. Two red kites were wheeling overhead, calling to each other and we frightened away a kingfisher from its perch over the pond. It is a very pretty site, bordered by a small stream and the woodland opened out onto a meadow, which is home to a variety of plants and insects. Butterflies danced in the sunshine and we also found a frog.

It was apparent that Himalayan Balsam had spread and we found it in various stages of growth – from plants only a few inches high to some that must have been over 12ft in height and in flower! We split into two groups to maximise our resources, only being 10 in number this week.
Long sleeves had been recommended as stinging nettles were also out in force and we had to protect ourselves against the blood-thirsty midges!
Michele had kindly offered to do the teas this week and we were treated to pieces of her scrummy fridge cake, which we all enjoyed at our very welcome break.
Suitably fortified, we then made our way past the pond and over a dry stone wall to a field, where the Himalayan Balsam was out in force – only stinging nettles and goose grass seemed to be holding their own against it. A number of balsam plants were in flower here. Michele and Jessica managed to pull the two tallest specimens of the day! We left a number of piles of crushed and broken Himalayan Balsam as evidence of our hard work and all felt very satisfied at our achievement. Although we had destroyed a large number of these plants, we know that just one plant reaching maturity can produce hundreds of seeds and the challenge is on to keep them in check and prevent special sites like these from becoming a sea of Himalayan Balsam and nothing else. It will be some time before we return to this site to continue our Battle against the Balsam, but we certainly made quite a large dent in its advancement here today!
-Sally 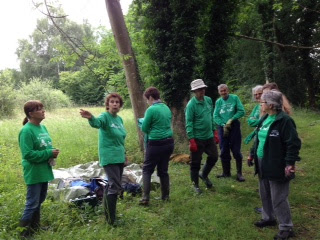 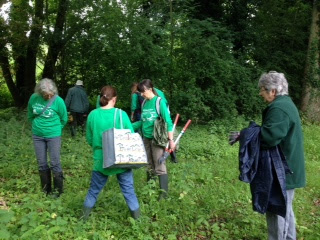 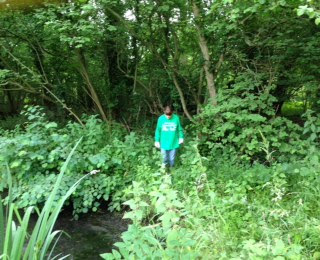 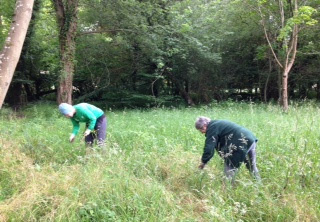 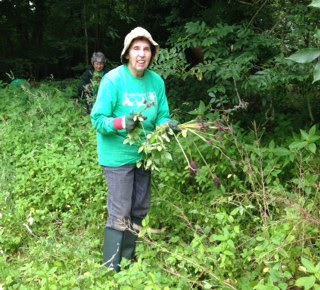 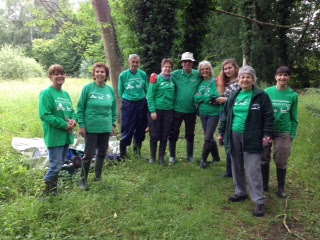 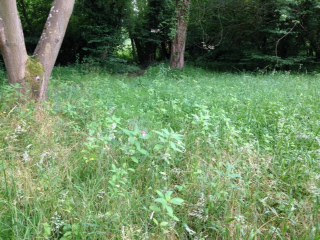 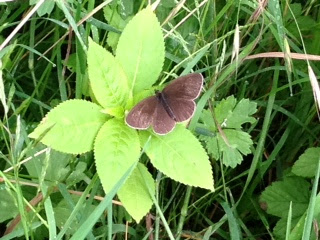 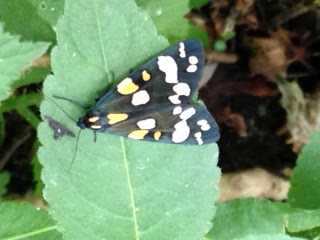 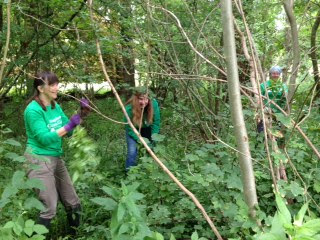 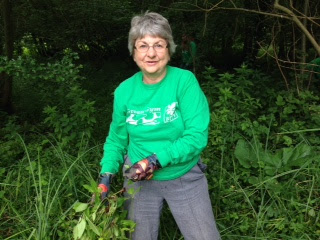 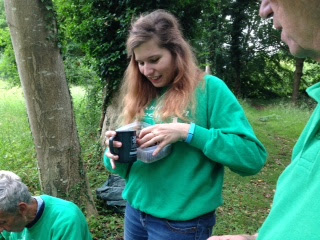 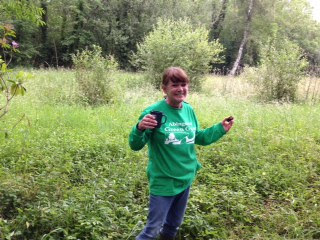 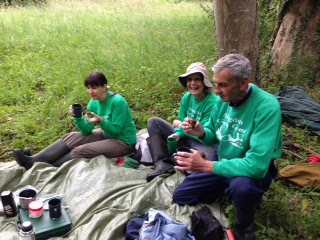 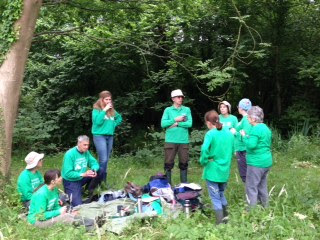 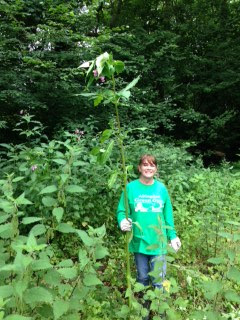 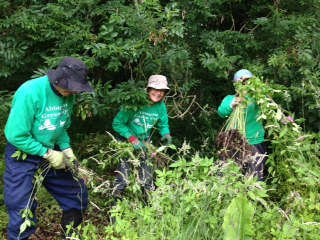 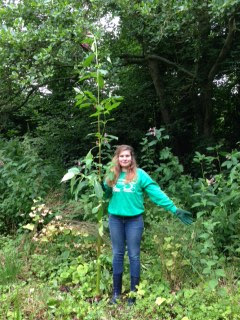 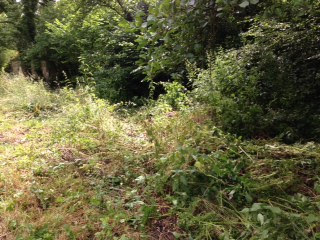 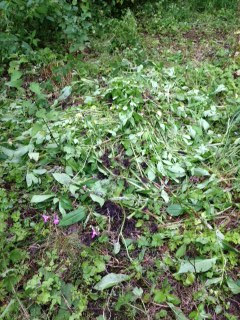 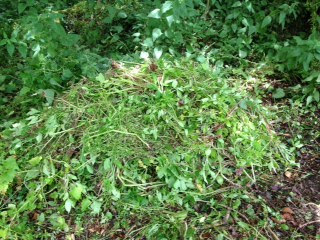 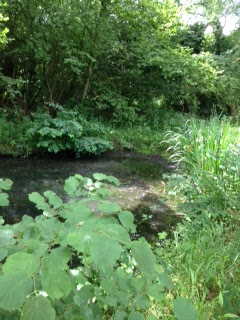