Following on from our session here at Southern Town Park a month ago, the main task this time was to uproot the nettles within the wild flower patch that we have created.  Then sow some more yellow rattle seeds.

The weather was fine and occasionally sunny, and a turn-out of 15 Green Gymmers ensured that we accomplished our aims for the morning.

We look forward to checking on the wildflower patch in the coming months to see whether our efforts over these past two sessions are rewarded!
-Andrew

We returned to one of our most frequented sites on Saturday - the Town End of the Ock Valley Walk.  Fifteen green-gymmers assembled to participate in a range of tasks, directed by session leader Kevin.

A few small patches of residual Himalayan Balsam required removing, the nettles growing up around our recently-planted trees were to be slashed, and there was the usual litter pick.  Fortunately, after the recent stormy weather, there was no significant tree damage.  We had expected some branches to have fallen from some of the crack willows bordering the woodchip path, but fortunately this was not the case.

The mild autumnal weather was kind on this occasion and enabled us to work in near-ideal conditions, ensuring that we achieved all our objectives within the allotted time.

Hopefully we will enjoy similar conditions as we venture a little further from the town centre next week on our trip to Southern Town Park!
-Andrew

This Saturday we were at Abraham’s Wood, Boars Hill, one of the properties owned and managed by the Oxford Preservation Trust. We were also joined by two OPT volunteers. Our tasks were to pull up balsam just beyond the lower end of the wood, cut back vegetation form the path by the upper gate and remove laurel growth. Abraham’s Wood was once a private garden, where laurel, a non native species and favourite of the Victorians grew in abundance.

We set to work on the laurel, while some people went to tackle the balsam, taking a small roll of carpet so they could safely climb over a barbed wire fence. We piled the cut laurel on to the dead hedge, which we had built on a previous occasion. If laurel is left on the ground, it simply takes root and sprouts again.

After a welcome tea break, we set to work again and some of the group went to clear the path by the entrance. Once again we were fortunate with the weather and were pleased with a morning’s productive (or possibly destructive!) work.
-Eleanor 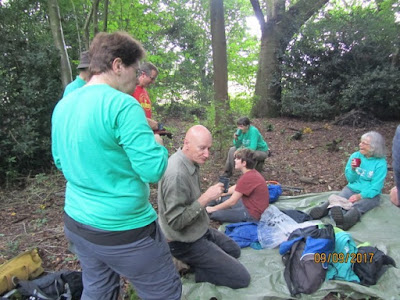 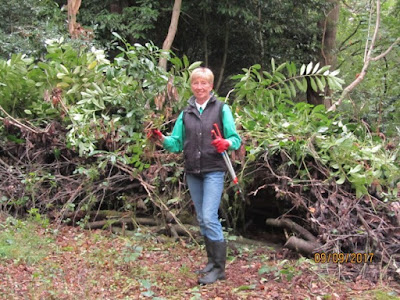 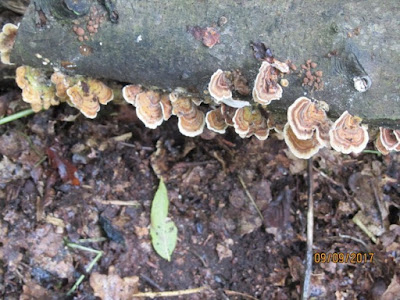 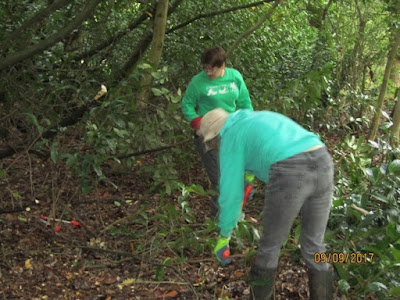 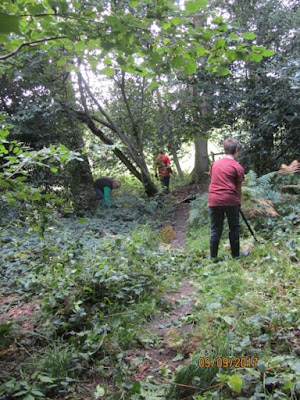 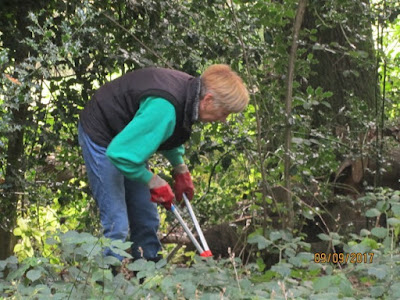 Posted by Andrew at 9:23 PM No comments:

For this session, we were helping the Abingdon Naturalists Green Team to rake and stack the hay on the wildflower meadow. The meadow had been mown on Tuesday and there had been Green Team sessions on Wednesday and Thursday to rake the grass into piles and stack it in designated areas around the meadow. A lot of work remained to be done, so it was encouraging that ten Green Gymmers and several of the Green Team turned out to help.

The hay needs to be raked up and stacked as soon as possible after mowing so the nutrients do not leach back into the soil. To have abundant wild flowers in a meadow, the soil must not be too rich.

We set to work with pitchforks, drag bags and plastic sheets to move the raked hay to the piles at the sides of the meadow. It was hard work, but we made good progress. From time to time we came across small toads and transported them to safety in the longer grass.


David had brought chocolate brioches for the break, and this was very welcome sustenance. He then conducted a tour of the Barton Fields area including the ponds, as some Green Gymmers had not worked here before.

Then it was back to work, clearing not just the main meadow, but the two smaller areas beyond it. We also needed to do a second raking of the residue, that had been missed or dropped first time round. Everybody worked very hard and by 12.30, the job was finished and we went home for a well earned rest.
-Eleanor 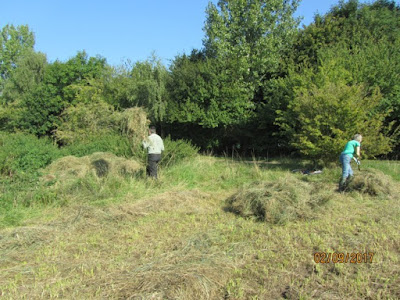 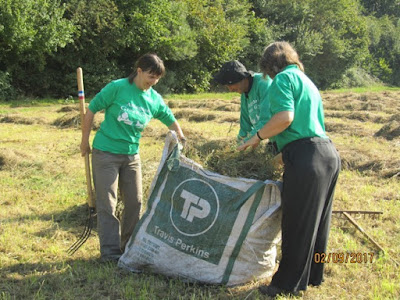 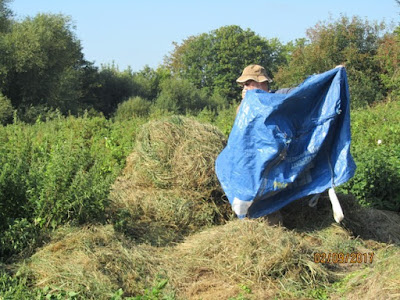 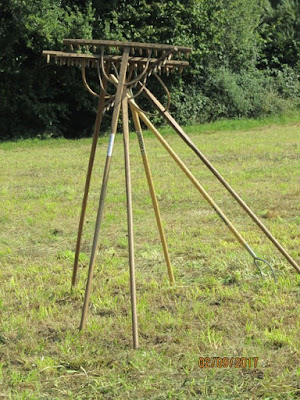 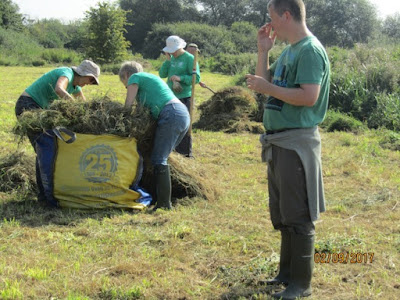 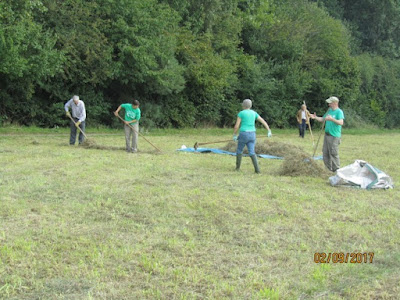 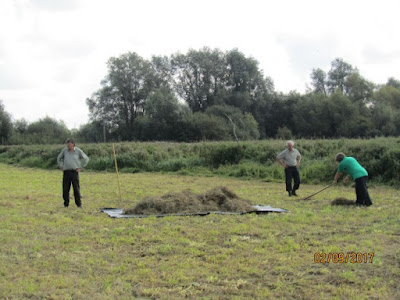 Posted by Andrew at 8:34 PM No comments: