By Andrew - February 17, 2020
It was not so sunny at Sunningwell for our session this morning. With Storm Dennis threatening, we gathered in the car park, fourteen or so of us, for the various tasks we’d be carrying out throughout the village. The session was led by Eleanor, with Bob Evans coordinating. As well as the green gymmers we were joined by some locals.

There were three main areas for us to work at today: Norm and Sylfest donned the waders, ready to tackle the duckweed in the pond. Wheelbarrows full of stuff were walked up the road from the pond to a compost heap at the edge of the green.

Then some of us set to tackling the brambles and ivy around the church yard, and generally tidying up fallen branches.

The rest of us headed onto the green, a large 10 acre site, to mark out areas for planting wildflowers using canes and tape. It was quite exposed on the green, and the wind made it tricky but once we had marked out some areas we then planted some cowslips from pots and lots of seeds which had been provided by Camilla who sometimes works with us on Boars Hill. Once we had planted the seeds, we moved on to weed the hedge that we planted back in 2017.

As a first timer at Sunningwell, it was interesting for me to hear from Bob how the village green was only registered as such in 1999 and a long court battle ensued to keep it as open, common land for use by all, a landmark case which went all the way to the House of Lords! While the green is still owned by the Oxford Diocesan Board of Finance, it is now managed and administered by Sunningwell Parish Council, and is protected so locals can use it for dog-walking, village fetes, bird watching and communal activities.

Tea break was an incredible spread provided by Bob and Kati in the shelter of their garden. We had warmed up quiches, sausages rolls, sandwiches, crisps, pop corn, a cake baked by Pat, tea, coffee and biscuits. Remarkably the rain had held off during the first half of the session but it really set in for the second half.

By the end of the session we were all a bit wet and bedraggled but had achieved a lot throughout the morning and look forward to returning to see how our efforts pay off!
-Joanna 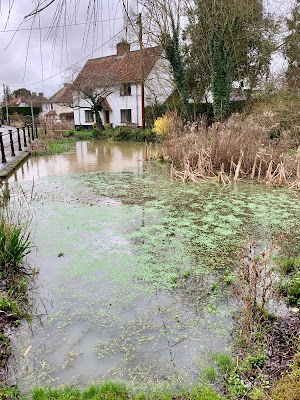 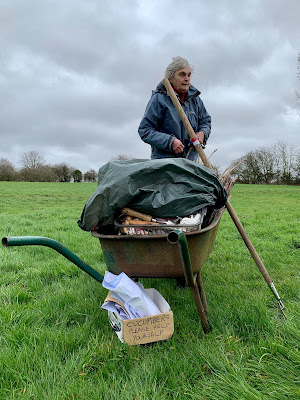 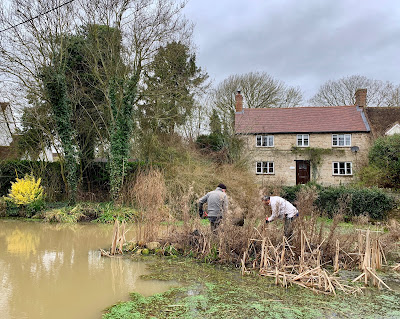 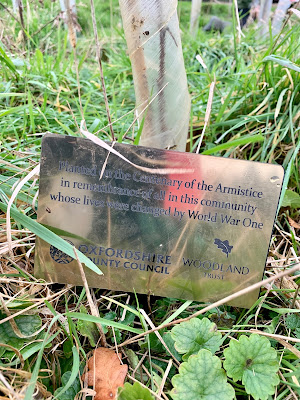 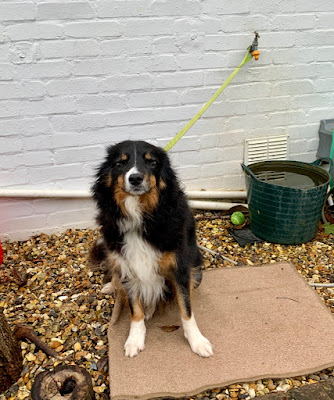