By Andrew - July 01, 2019
Nine of us turned out for this morning’s super-heated session led by Margaret at the SSSI at ‘Sherwood', Frilford. Janet turned up with a bottle of ice, and stuck it in her boot. Nice idea!  The mercury was rapidly rising towards 30 degrees and beyond as we made our way down to where we’d be working, mercifully in shady woodland pulling Himalayan Balsam.

With the balsam intermingled with tall nettles we had to toss up between wearing long sleeves and getting hot but not stung, or short sleeves and feeling cooler, but risking stings. Not an easy choice to make! Having cleared a large patch of balsam throughout the first half of the session we were thankful for tea and biscuits at break time. We sat beneath the trees, on the slightly damp but cool ground.

After tea break we made our way around to look at the orchids in the meadow, which are now past their best, before carrying on with the HB pulling in the second half. After a good session it was time to pack up and make our way back to where the cars were parked – except we passed a large patch of HB on the way, which Margaret and a couple of others couldn’t resist pulling. For all I know, they might still be at it. But this green gymmer’s going to find a shady spot in the garden, have an iced tea and put up her feet!
-Joanna 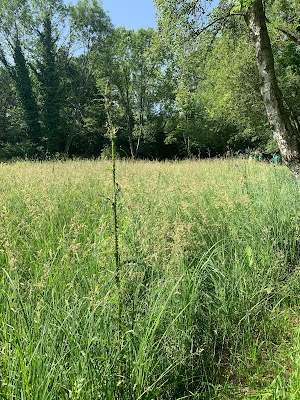 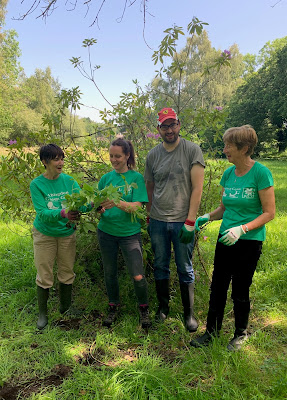 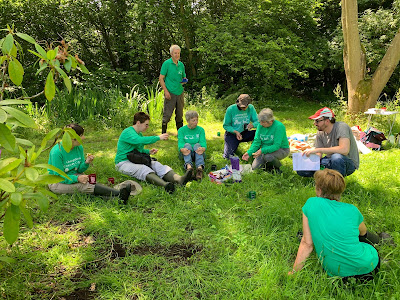