By Andrew - July 08, 2019
Eleven of us showed up in the farmyard at Manor Farm, Marcham for our last visit of the season. The weather was fairly cloudy but still very warm and dry, unlike our previous visit, when we had had heavy rain and the stream was quite fast flowing. We made our way to our usual encampment and split up into a few groups to go Himalayan Balsam pulling. Much of it was already in flower. 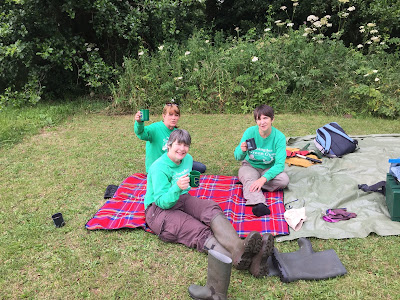