By Andrew - June 04, 2019
Today was the battle of the bluebells versus goosegrass. Fifteen of us turned up for today’s session at Cothill Fen, led by Kevin with Judy Webb from Natural England. It was a beautiful sunny day as we made our way from the carpark to the site with our tools. The fen looked stunning, finally coming back to its natural state after all the hard work that’s been done there over the years.

We made base camp under the trees and Judy announced the morning’s tasks. The first was to remove a log pile a few metres distant as it was sitting on some pignut which was trying to grow. Pignut, a little white-flowered plant, is an ancient woodland flower and the more of it the better. In case we were wondering where the ‘nut’ is on this plant, Judy explained that this refers to the tuber underground, which pigs would dig down to do eat. People have also turned to them as a source of food over the centuries in times of starvation.

Other than this, the main task was to pull up the endless amounts of goosegrass which has been growing vigorously in the woodland surrounding the fen, overwhelming the bluebells. There were also some wild gooseberries to be pulled. We set to work, briefly discussing the merits of Himalayan Balsam pulling (last week’s task) with goosegrass pulling – and the general consensus was that the HB is the more satisfying, goosegrass being a bit more fiddly. Very quickly we had built up piles of the stuff, which – as it hasn’t yet come into seed – we could leave to rot down. As with the HB, if we stick at it for a few years, we should be able to eradicate it completely from the woodland.

After tea break, we went back to our tasks and in the patch of woodland where she was working Michele startled a pheasant out of her nest, to reveal eleven eggs. We moved away from the area, hoping the pheasant would soon return.

All in all it was a lovely session spent in dappled sunlight amidst a carpet of bluebells. What better way to spend a morning?
-Joanna

Photos by Joanna (except last two, by Michele): 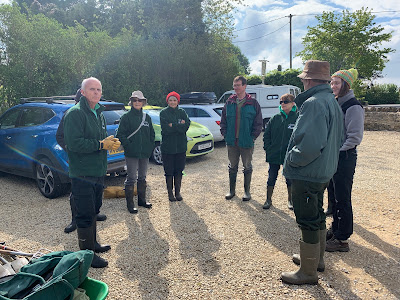 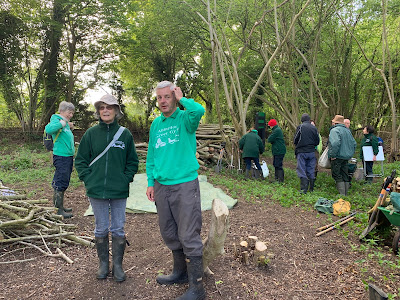 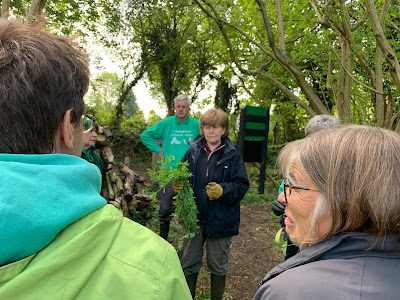 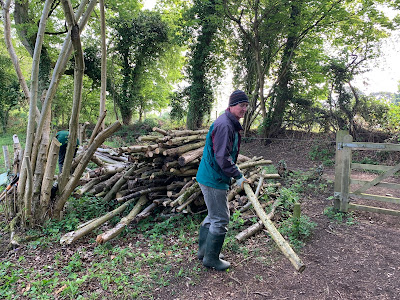 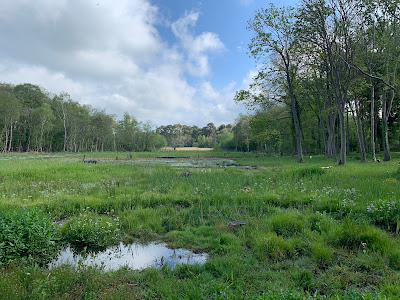 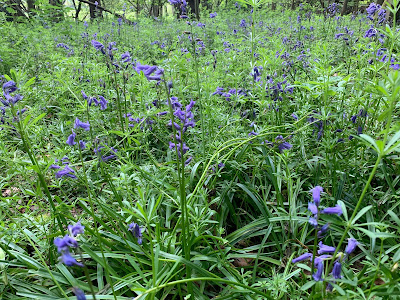 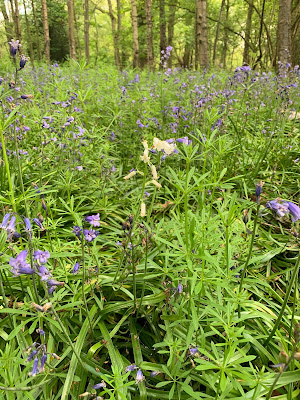 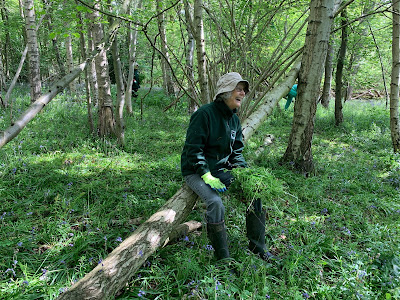 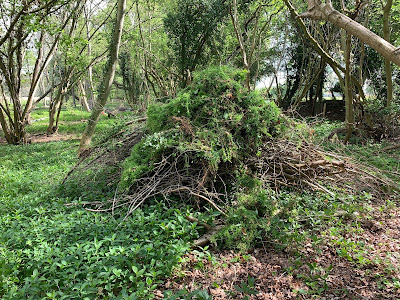 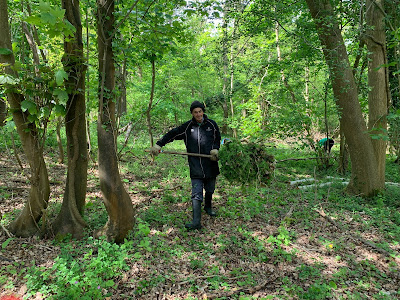 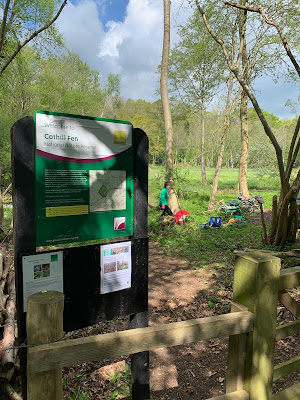 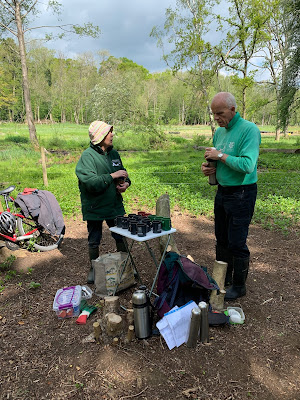 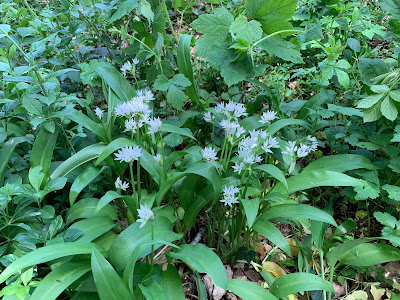 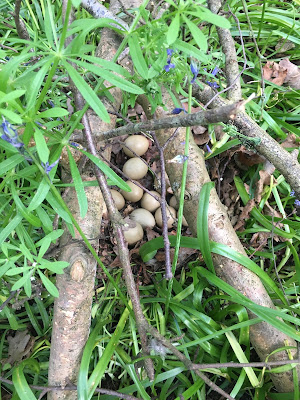 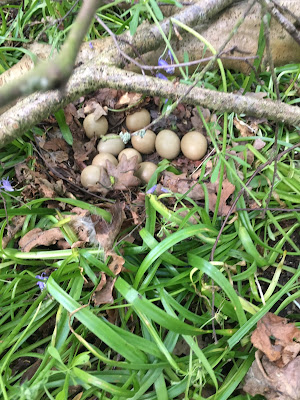