By Andrew - June 05, 2019
It was probably the hottest day of the year for our session at Abbey Fish Ponds today, led by James, with the Earth Trust’s Lucy Duerdoth. We made our way to our spot overlooking the Abbey Fish Ponds reserve and set up camp.

Lucy gave us our tasks which were predominantly – you guessed it – Himalayan Balsam pulling, which has been being eradicated from the site for many years now. Yet there are still some patches where shoots have been missed and seeds are brought in from brooks that run through the reserve. The other main task was to dig ‘scrapes’ coming off the streams to hold water in a mosaic of pools across the site for dragon and damsel flies – all good for the ecology. There was also the job of scything reeds and raking them back from the footpath if anyone fancied that.

Lucy explained that in time the fen, which has an alkali base, will become a bog as the pH increases as mosses and other plants rot down to form layers of peat. This happens over many years, but for now it is a fen with several springs providing water to it. Dragonflies love this habitat and Andrew spent a good proportion of the session standing at the water’s edge trying (and failing!) to capture the perfect photograph of one! As well as the dragonflies and electric blue damselflies we saw butterflies, a frog and there were some beautiful orchids and ragged robin, amongst other flora and fauna.

Teabreak was a welcome respite in all the heat. James announced that we would finish the session a quarter of an hour early in order to enjoy the ‘Fun in the Park’ festival that was going on that day in Abbey Meadow Gardens. So we went back out into the heat for the second half – particularly tough going for the heroic diggers, Kevin and Graham, who were making one of the ponds – and happily made our way home after a hot but satisfying session.
-Joanna 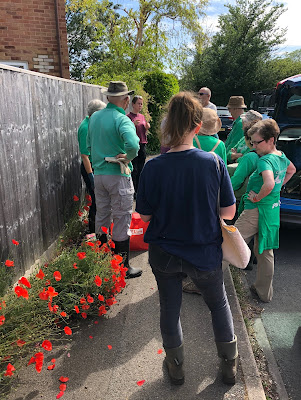 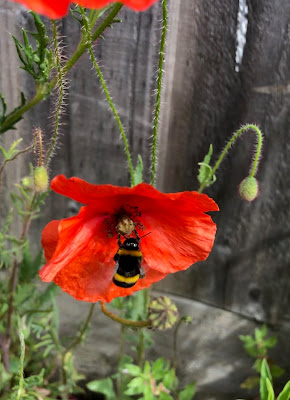 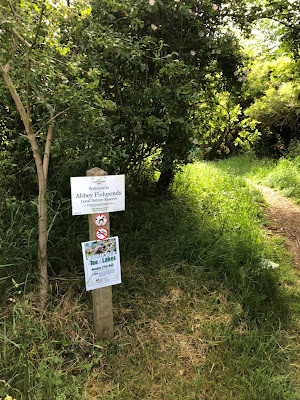 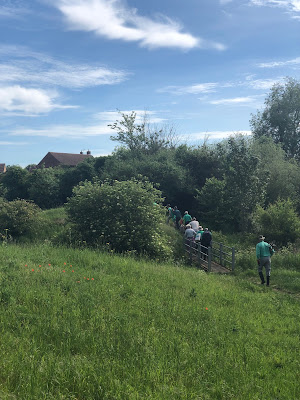 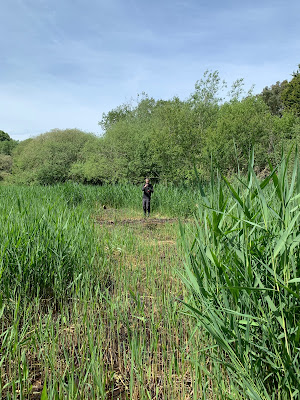 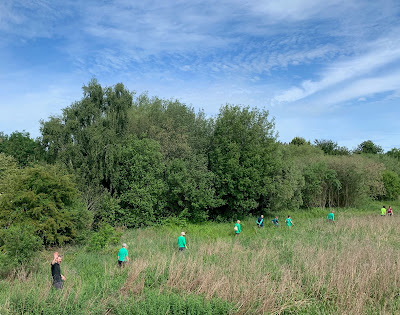 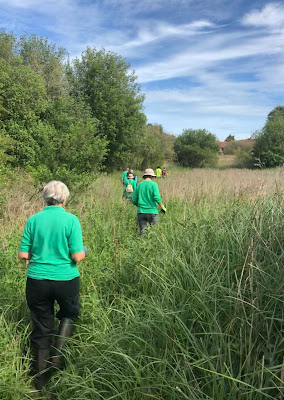 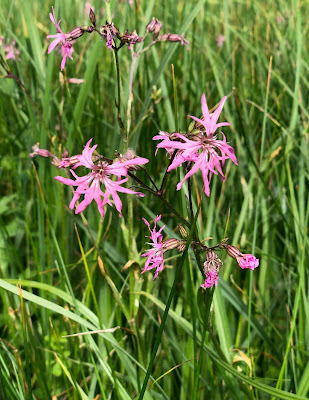 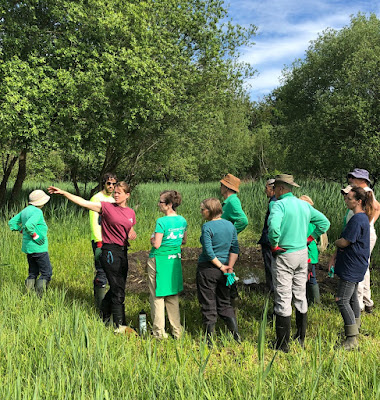 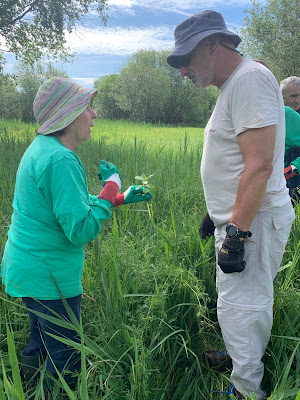 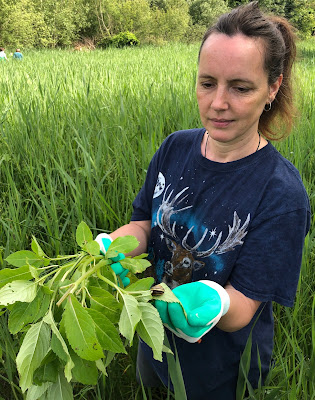 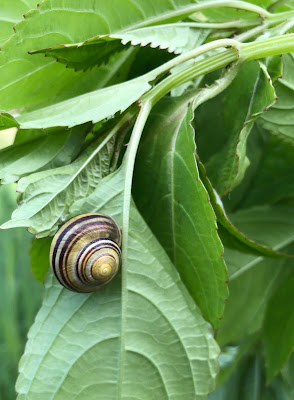 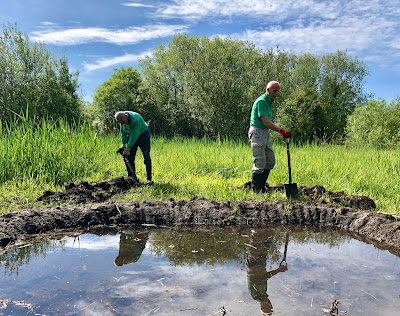 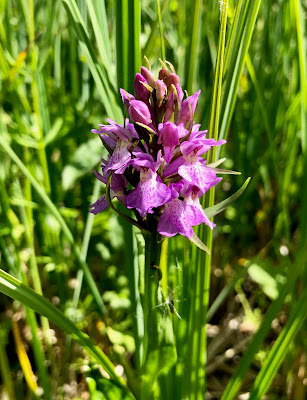 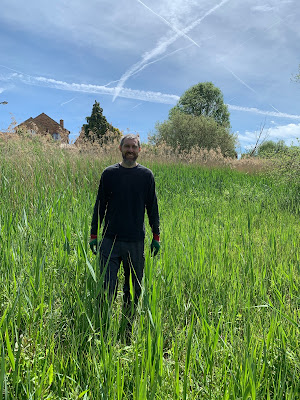 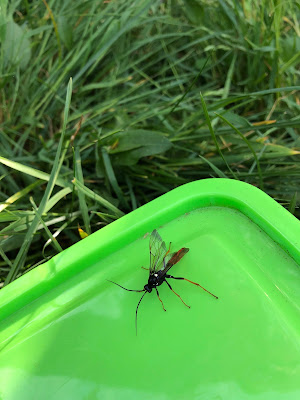 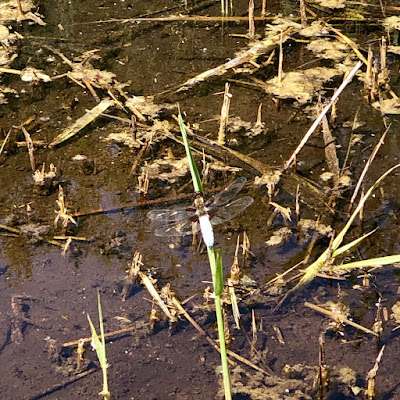 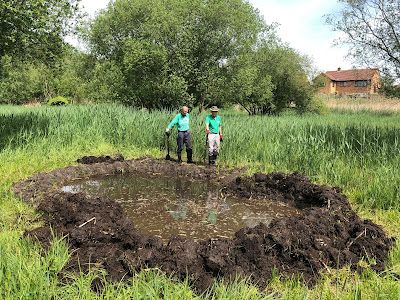 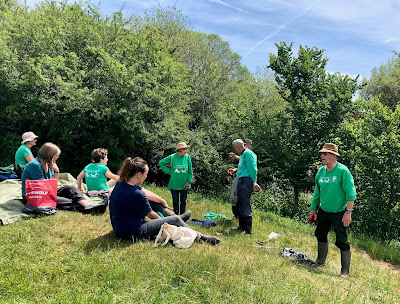