By Andrew - July 16, 2018
The green gym was at the Tesco end of Ock path today for litter picking and Himalayan balsam pulling. The session leader was Sally, who briefed us on our tasks before we got to work. A small group went to fish a trolley out of the stream as well.

It was another hot and sunny day, so we tried to stick to the shade. We returned to the field we visited on June 23rd - first to try and get the Himalayan balsam removed. The litter picking team also had their work cut out for them and collected two full bags of rubbish! We discovered that the Ock Valley Flood Group was doing a spot of litter picking too and had already managed to get the trolley recovered.

Refreshments this week were provided by Kevin and Carolyn, including some lovely chocolate biscuits. The break in the shade was well deserved; and needed.

After break the focus was on Himalayan balsam pulling. We managed to get the ditch, most of the farmers field and other small patches cleared, and the heat means that it is not coming back as much. We didn’t manage to clear all of it, so we’ve got something to look forward to next time!
-Sophie 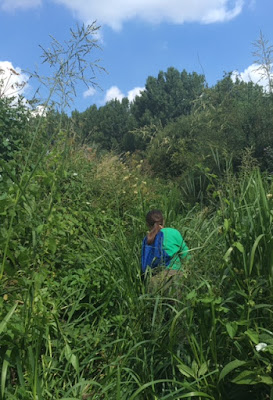 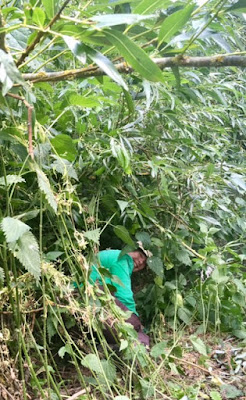 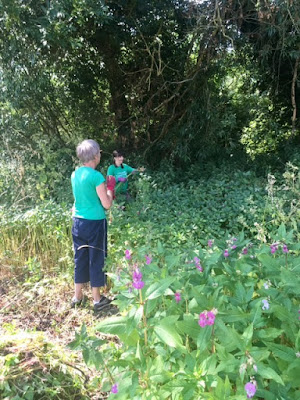 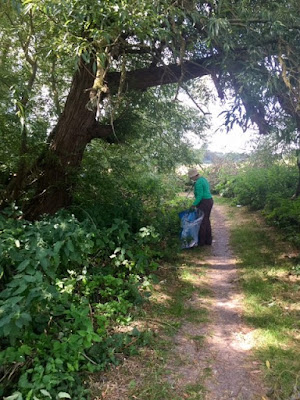 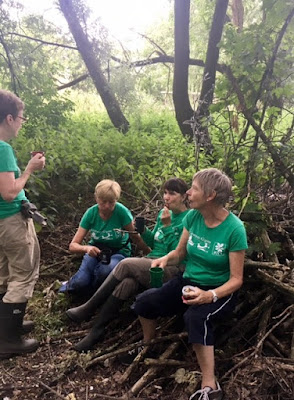 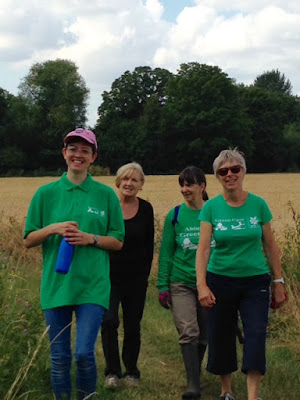 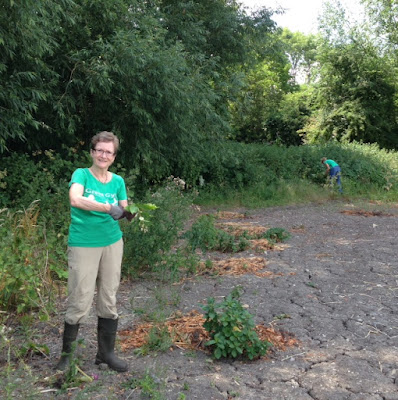 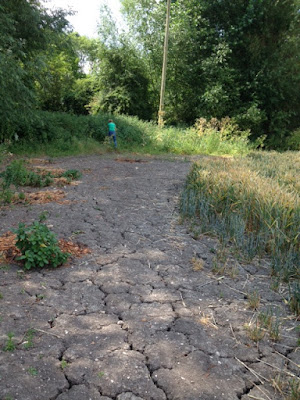