By Andrew - August 09, 2017
We met Lucy from Earth Trust at the entrance to Abbey Fishponds. There were several tasks to be done – raking and piling up the cut grass and reeds near the Radley Road end, looking for Himalayan Balsam in the reed bed and along the stream, cutting back brambles and other vegetation encroaching on the paths and, as usual, some litter picking.


Most of the grass and reed raking was finished by tea break time. The sky was looking dark and threatening to the North and a sudden gusty wind got up. We feared we would be drenched by a downpour, but luckily we only got the edge of it. Most of it, I was reliably informed later, fell on the Countryfile show at Blenheim Palace. We were also joined by a black cat, who clearly regards the Fishponds as its own territory. It decided that Colin’s trolley was worth investigating and climbed in, not having been warned of the perils of trespassing in this area.

Lucy had been cutting the hedge with a petrol trimmer so after the break there were a lot of hedge clippings to be cleared and more work to do on the other paths. We finished in good time, however, though we could have done with a broom and were pleased to have missed the worst of the rain.
-Eleanor 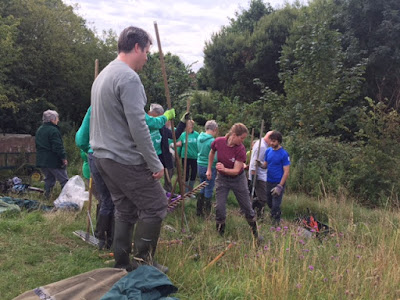 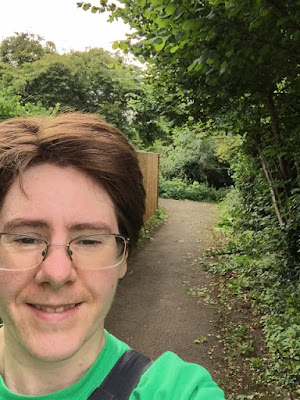 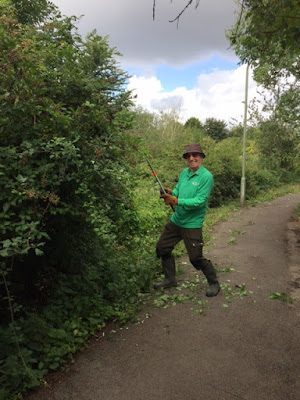 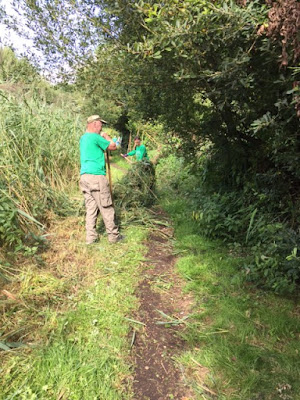 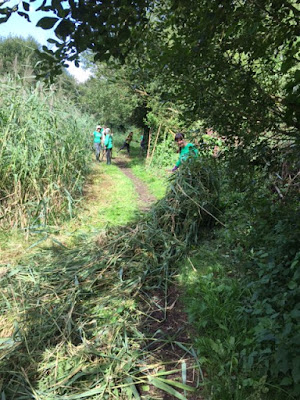 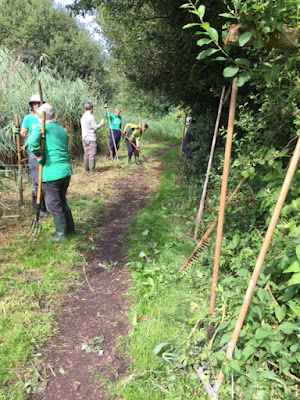 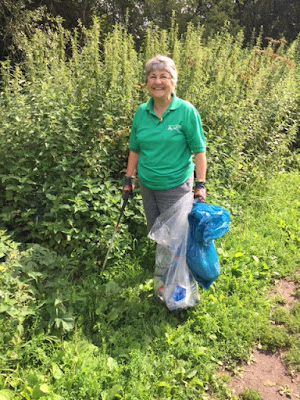 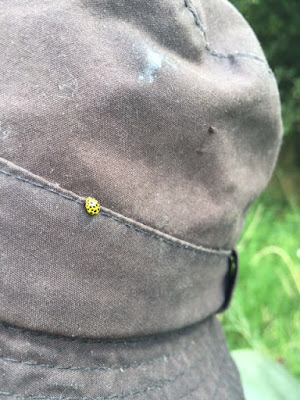 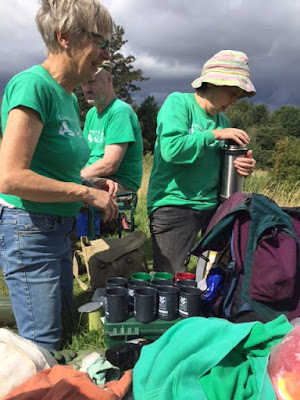 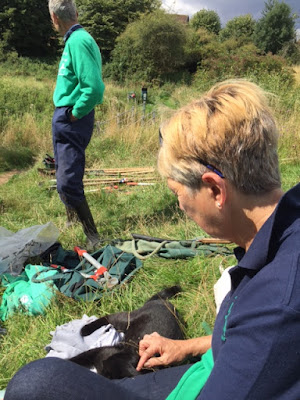 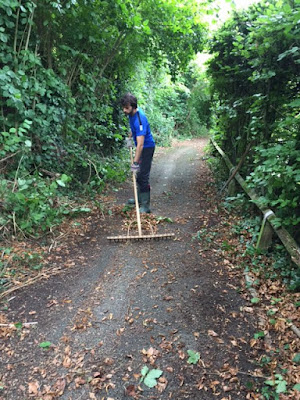