By Andrew - September 07, 2015
The weather continues cold and overcast as we gathered by the footbridge over the Ock.  The footpath that we regularly maintain is still in good condition, but everything has shot up over the wet summer.

The nettles, thistles and willow herb are way over six feet tall and our arch enemy, the lovely Himalayan Balsam, has had a chance to grow a second crop, and those overlooked before are now well over ten feet tall.

The jobs for the day were: clearing around the trees we planted, which are now doing well, only about half a dozen have withered and died; a crack willow had dropped a large branch and needed to be cut up and stacked; Himalayan Balsam, which surprisingly sprang up all over the area, needed to be cleared and there was, as always, litter to be collected, even if at first glance the cache of beer cans weren’t obvious.

All jobs were satisfactorily completed, though the Himalayan Balsam will be back, as many flower heads had set seeds, which could not be prevented from bursting out over a large area.
-Ursula 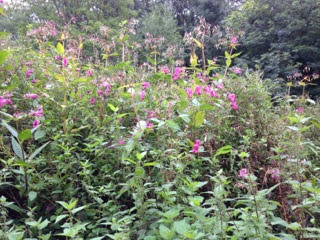 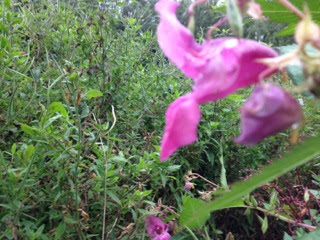 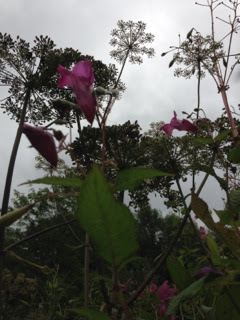 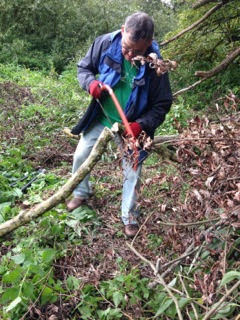 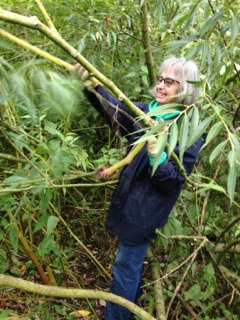 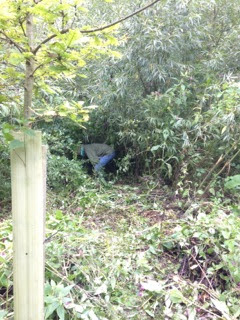