For this Green Gym session we were at Abbey Fishponds in Abingdon. This Nature Reserve, between Radley Road and Audlett Drive, is looked after by the Earth Trust.

There was plenty of scything and raking to be done and some people who hadn’t been “scythe trained” got the opportunity to try it out. Cutting the long grass and reeds gives the wild flowers a chance to come through and a good patch of ragged robin the attractive pink flower in the photo, which thrives in damp places, had been established. A less popular task was pulling up nettles.

Some of us went to cut back the vegetation from the path through the reserve and the tarmac foot and cycle path running alongside. A resident with a bike was very grateful for the cutting back of an elder tree overhanging the path. The flowers were not wasted, however, and are currently being turned into elderflower cordial.

Tea break was a special occasion as we celebrated Graham’s birthday. Graham is one of our hardest workers and I don’t think he has missed a session since he joined. Kevin and Carolyn arrived with cakes and Dieuwke had also brought exotic cupcakes.

After the break there was plenty of raking and stacking to be done and more cutting back along the path. We found a thick legged flower beetle, which you can see in the photo, on an elderflower. These are a pretty iridescent green, despite its uncomplimentary name. 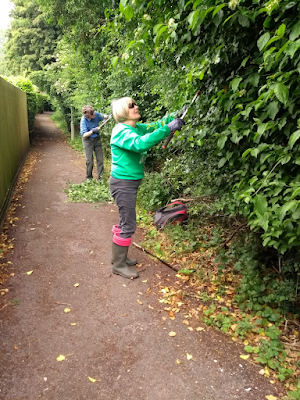 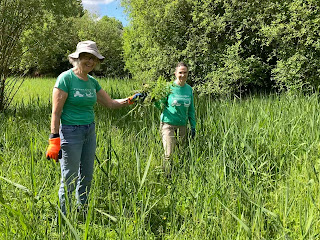 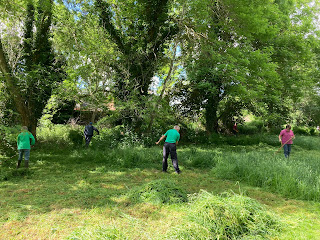 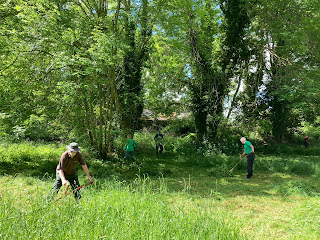 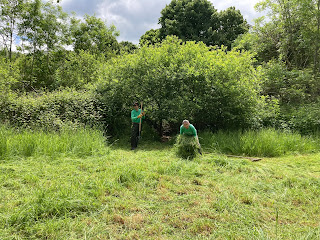 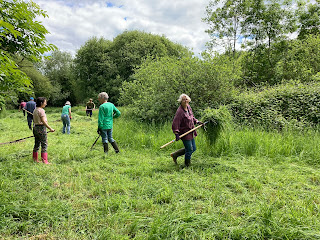 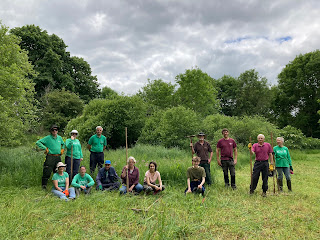 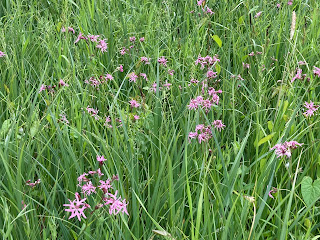