Today we held our first session at Church Farm Wood in Sunningwell. The wood used to be a farmyard, but was cleared some twenty odd years ago, and what was not taken away, was buried underneath the wood along with cattle carcasses that had had disease.

Steve who has worked on the site since then knew the full history of it - he was there to show us around. A thousand or more different types of trees have been planted which have developed well, although some of the ash are starting to show signs of dieback and will have to be removed.
Our task was to strip the tree guards off, then separate and stack the plastic guards, plastic ties and posts. Some of the guards had become entwined and embedded in the branches and soil causing quite a struggle to pull them free. There was no specialist equipment that could help, just a knife or secateurs and brute strength were required.
The Green Gym volunteers went about the job magnificently and had soon stripped nearly all the trees before a well earned refreshment break. This gave time for a catch up and let everyone know that this session was going to be the last one lead by James and also his last as the programme organiser. We are lucky that one of our new and very able leaders, Adrian, will be stepping into the role.
After refreshments Steve wanted us to collect the guards in piles on the track that goes around the wood, then he would come around with some builders' sacks to put the guards in. We completed the collecting and helped to stack some of the guards in the bags before it was time to go.
As you can see by the photos the the cow parsley had been busy along with nettles, also we came across a blue tits' nest with chicks low down inside a guard which we left in situ and a blackbirds' nest with chicks, in an unusual spot at the foot of a tree.
-Kevin 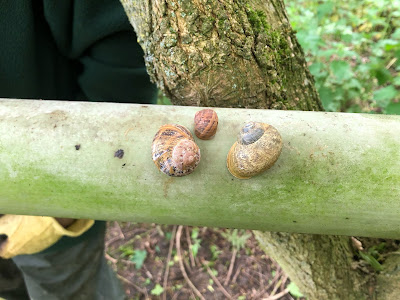 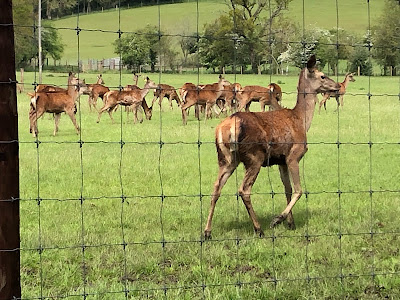 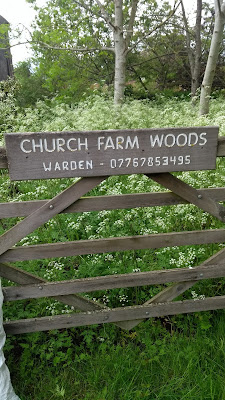 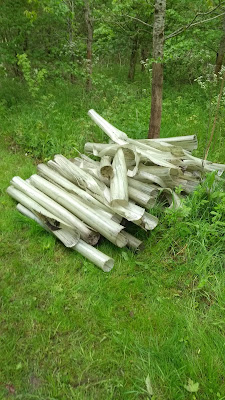 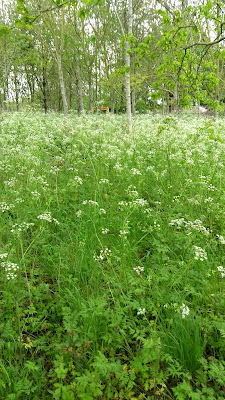 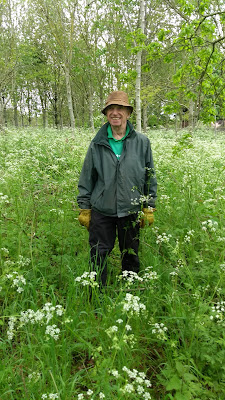 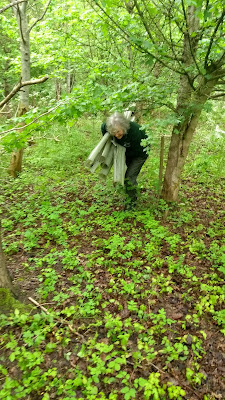 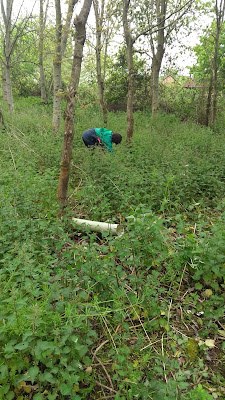 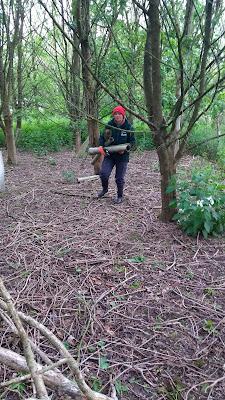 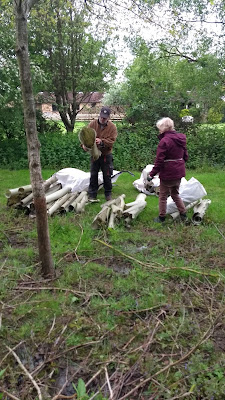 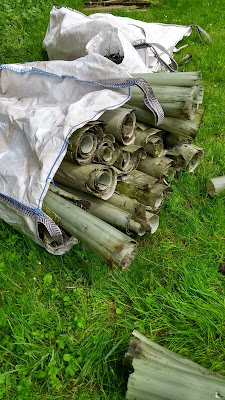 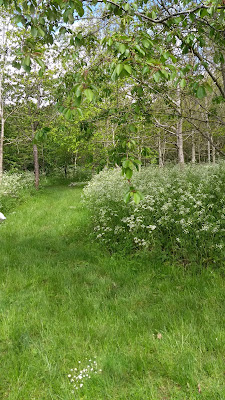