We were quite a small group for this session, compared to the previous two Saturdays.

We met in the car park and walked along to the site. It was a beautiful day, though cold, with blue sky and sunshine for once. We were working under the direction of Steph and her assistant, Holly, from Natural England.

We split into two groups as there were two main tasks - to transport the reeds cut by the Friday volunteer group to the causeway across the water, to be spread along it, making it stronger and safer to walk on and to do some coppicing in the woods.

We cleared the nearest heaps of reeds quite quickly, then had to move on to the heaps in the fen itself. These were trickier to get to as it was hard to see the depth and we were in danger of getting a wellyful of water but we made it and soon got into a rhythm, with Graham and me bag filling, new member Colin dragging the bags and Kevin spreading them along the causeway.

Meanwhile the sawing and lopping was going on in the woods and the hard work soon warmed everybody up.

Then it was time to stop for a tea break.

Back to work, we were able to cross to the other side of the fen to deal with the heaps of grass and reeds there, while Adrian continued to scythe away, just to make sure we would never run out of work!

At 12.30 we were able to walk back to our encampment along the causeway, thus proving its robustness. We were pleased with our mornings work and it had been great to see the fen on such a lovely day.

Photos by Kevin (except last photo by Sally): 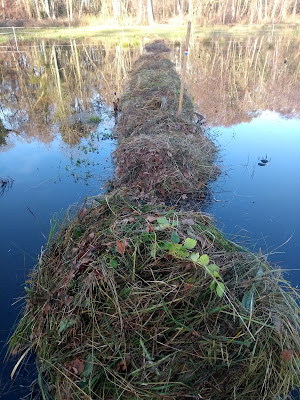 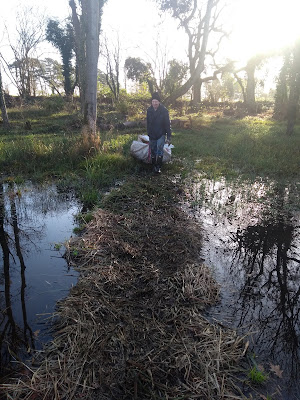 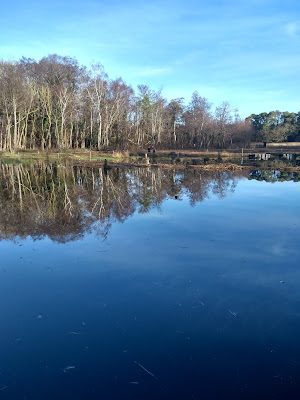 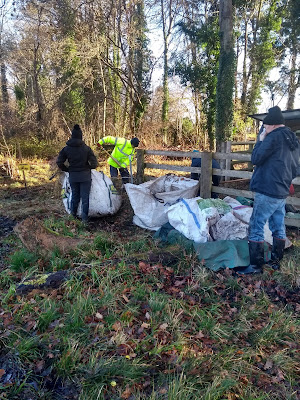 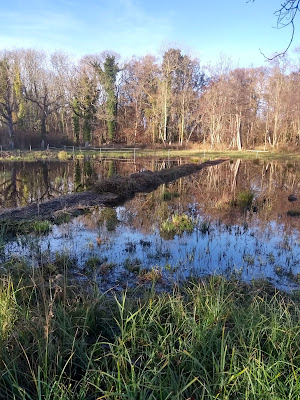 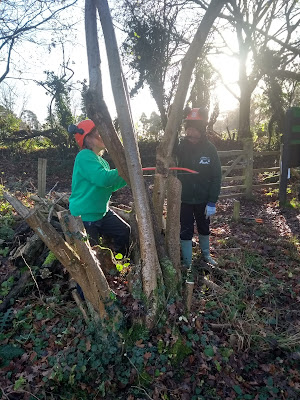 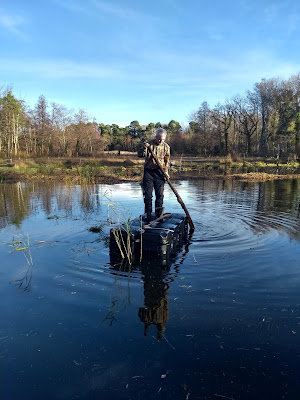 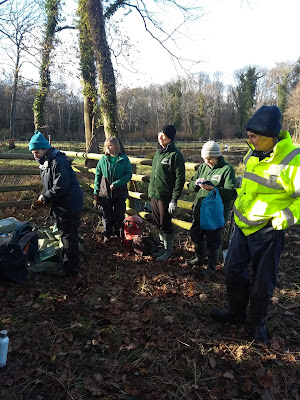 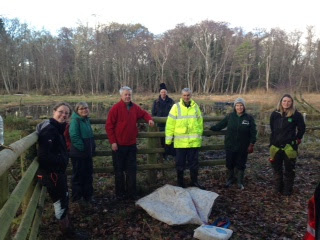