By Andrew - October 01, 2019
This Saturday we were at Elizabeth Daryush Memorial Garden on Boars Hill. This piece of land was part of a private garden donated to Oxford Preservation Trust and consists of rough, sloping grassland bordered by trees and a large pond. We were pleased to meet Lyndsay Priddle, who has just started working for the O.P.T.

Our tasks were to cut back bramble around the edge of the site and slash down bracken so the spring bulbs under the trees could come through.

At first it looked as though there wasn’t much bramble, but on closer inspection we saw that there was a large tangle among a clump of trees and a lot of low growing plants threatening to invade the grassland. A hopeful robin kept us company from a nearby branch and a flock of long tailed tits arrived on a larger tree.

We had our tea break under a sweet chestnut tree by the pond, where there is a convenient bench. The chestnuts were disappointingly small. I think the climate here is not warm enough to produce large fruits.

There was still a lot to do, but we did our best to remove as much bracken and bramble as possible. We look forward to coming back again in the Spring.
-Eleanor 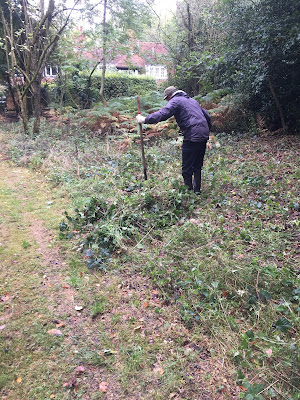 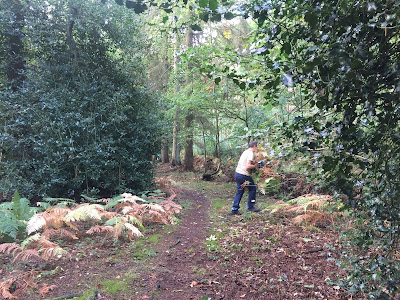 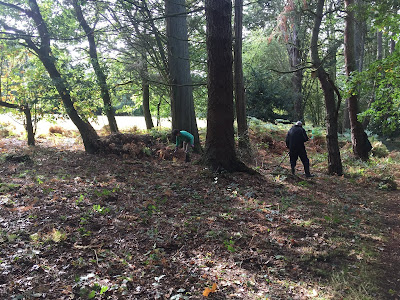 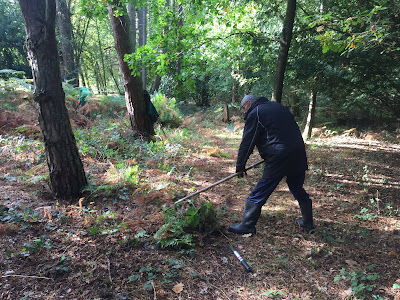 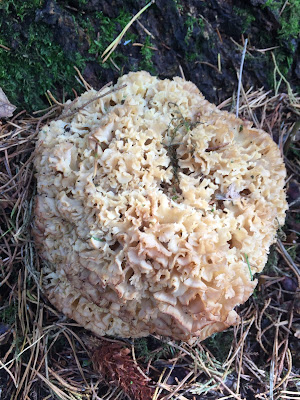 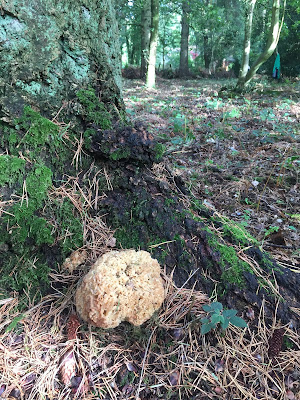 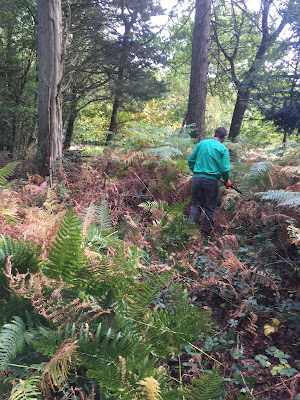 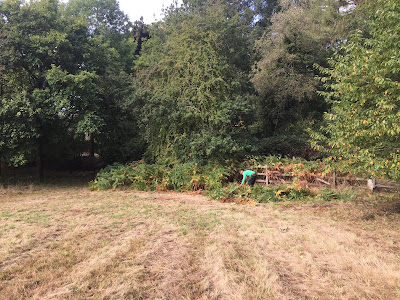 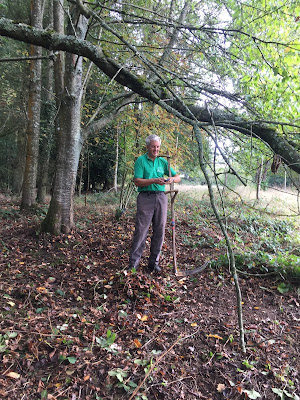 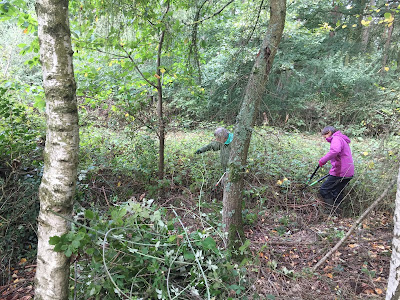 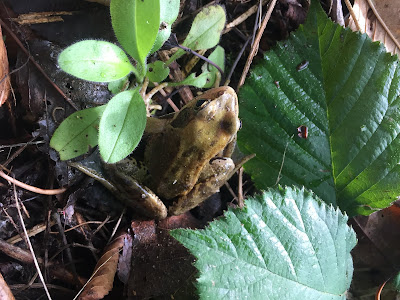 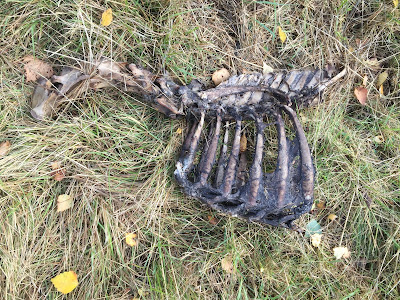 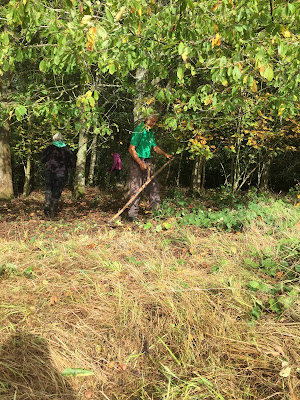 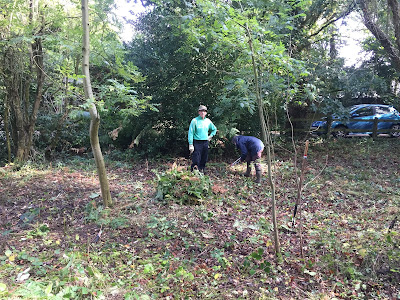 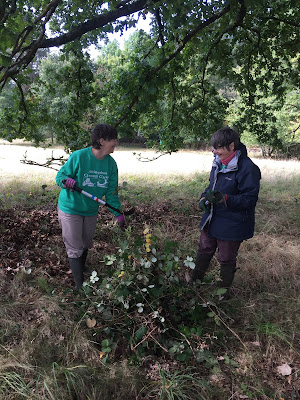 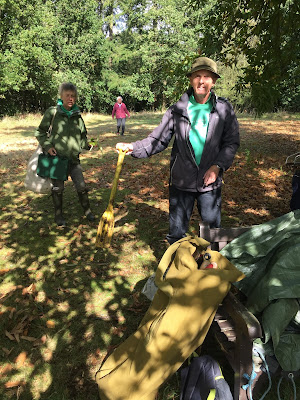 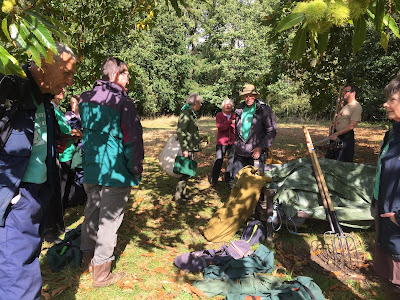