By Andrew - February 27, 2018
It was a bitterly cold day, though fine and sunny as eleven Green Gymmers met for our twice yearly session at Kennington Memorial Field, under the direction of Rachel from Oxford Preservation Trust.

Our task was to clear scrub from the south eastern slope to allow primroses and cowslips to come through later in the Spring. We also had a bonfire to burn the scrub. There were hawthorn and blackthorn bushes all tangled up with briars and brambles, the ends of which had taken root again in the ground. We had to keep moving to keep warm. Later on we were also joined by some Kennington families. We carried the cut scrub over to the fire, where the people tending it were able to keep a bit warmer.

We were glad when it was break time and we could enjoy hot drinks. Then we carried on with the work and began to feel a little bit warmer. At last it was time to stop cutting and carry the remaining piles over to the fire. We were pleased with how much clearing we had managed to do and I shall certainly look forward to visiting the site later in the Spring to see the flowers.
-Eleanor 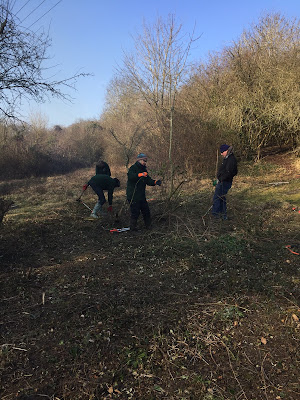 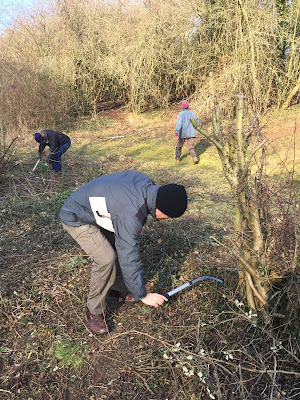 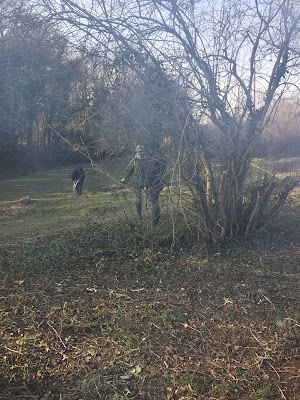 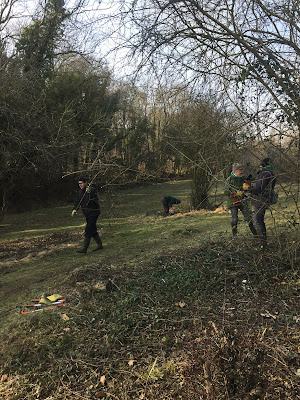 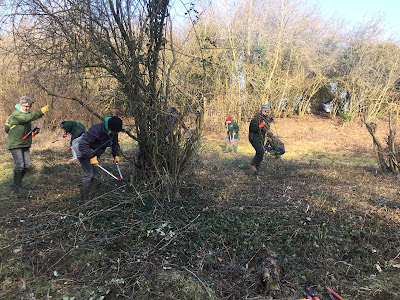 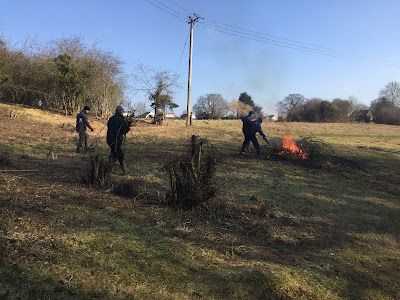 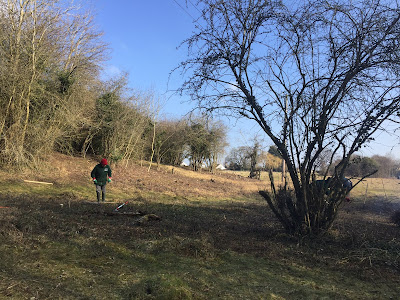 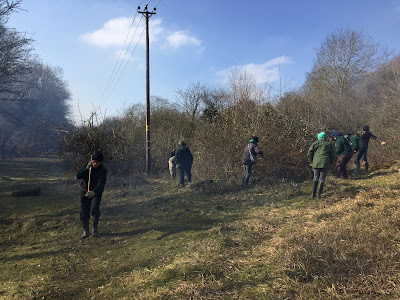 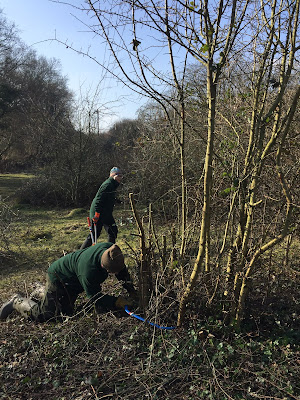 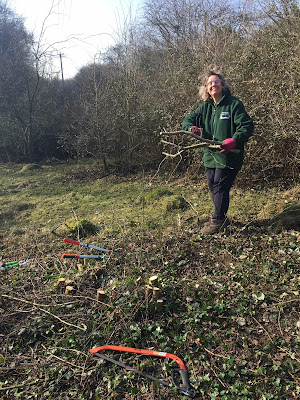