It has been wonderful to re-establish Green Gym following the extended lockdowns, to return to our familiar haunts and pick up from where we left off some time ago, albeit with a few restrictions on numbers and activites. Sunningwell Village was the venue for this Saturday's still-not-quite-normal session, working as usual alongside local, Bob Evans. Bob directed the tasks along with Green Gym leader Eleanor. It was suitably warm and sunny for the occasion. A beautiful spring day.

As with our previous work parties here, high up the agenda was to clear the duck pond of weed. Thus Adrian and James donned their waders and climbed into the water, while several other more land-loving volunteers raked from the bank and filled wheelbarrows with the rogue weed which was dumped in a pile at the side of the green, behind the churchyard.

Elsewhere, two patches of wildflower areas had been designated and marked out on the green, ready for plants and seeds to be sown. Bob provided these, with various native species put in, including cowslips, foxgloves and ox-eye daisies.

One of these patches at the top of the hill was planted, pre-break and the other further down, after our refreshments. The ground proved to be rather tough, with digging proving to be more of a workout than anticipated!

We de-camped to Bob and Kati's garden for said refreshments at 11am, brought by ourselves as has become usual of late, but with cake supplied by Kati and Eleanor. Here we enjoyed a (socially-distanced!) chat before it was back to work. Further sowing and pond clearance ensued, taking us neatly up to the close of play at 12:30pm. 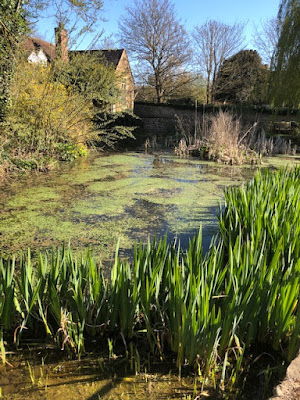 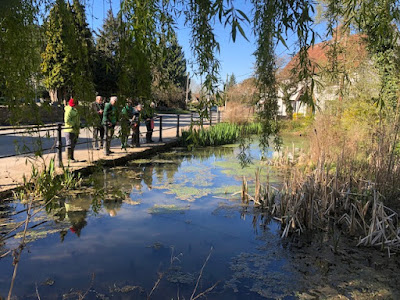 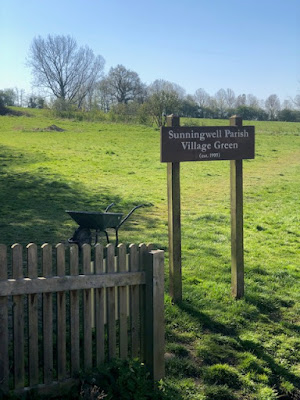 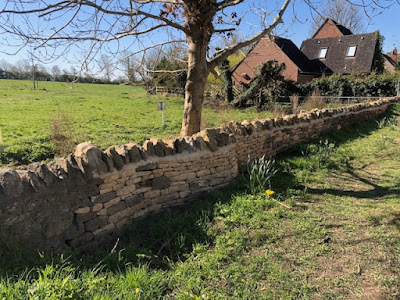 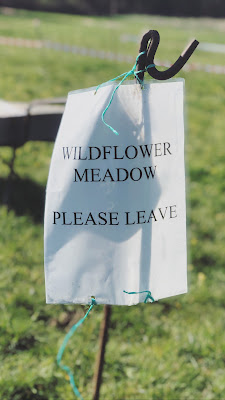 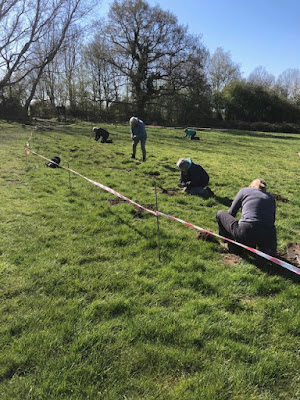 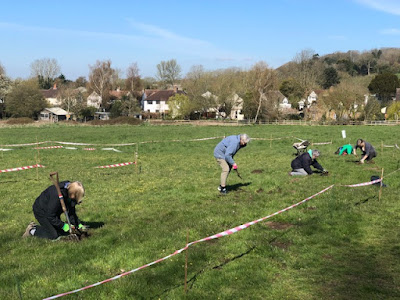 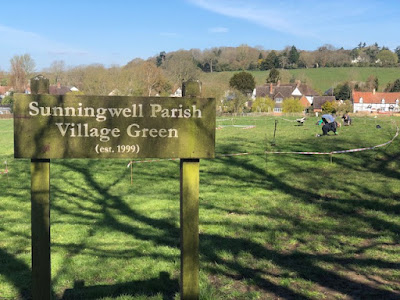 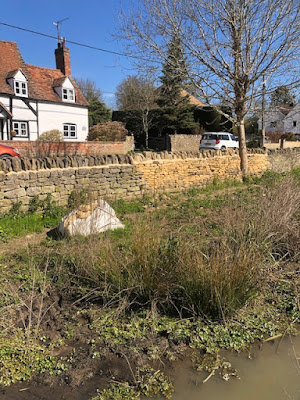 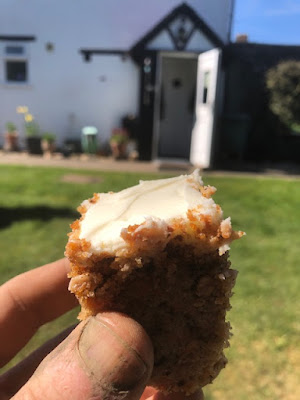 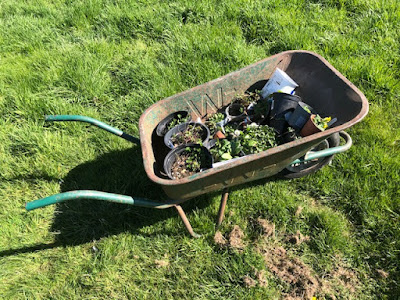 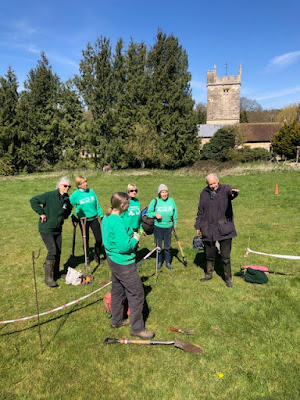 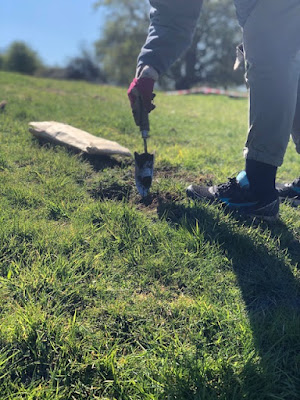 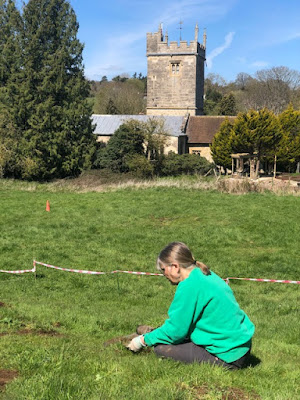 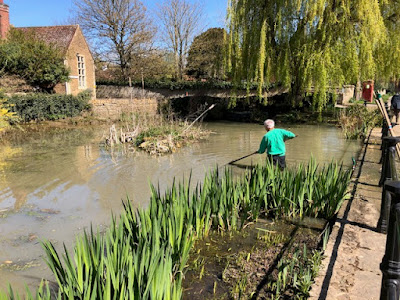 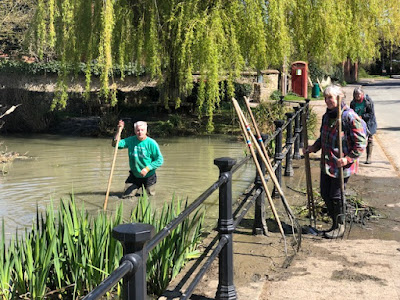