With COVID-19 restrictions in mind, the number of Green Gymmers was restricted to a maximum of six for our first session of the spring programme at Southern Town Park.  Knowing that so many were keen to restart, Eleanor and Andrew had agreed to run separate sessions at either end of the Ock River Path - in all 14 Green Gymmers had signed up!  Not a bad turnout for a lovely, if a little chilly, Easter Saturday!

Our main task was to tend the native wildflower patch which we started in 2018 with permission from the Council.  Joan, Dieuwke and Barbara soon got to work pulling up nettles to avoid them taking over and prevent walkers from getting stung. Graham cut back bramble to prevent that from overgrowing the pathway.

After break, Graham and Dieuwke picked up fallen branches under the ash tree to make another habitat pile for invertebrates and other small animals to shelter.

On our way back to the car park, we managed to collect some litter. Not very pleasant as someone had emptied the dog waste bin and attempted to light a fire and near the tennis courts we found a mass of nitrous oxide canisters.  Our thoughts turned to the other two groups of Green Gymmers and how they were getting on at the Ock River Path... 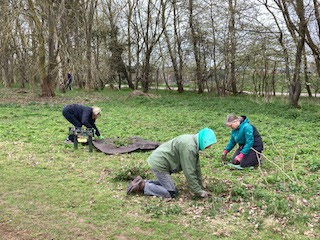 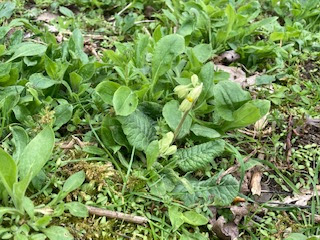 Meanwhile, seven Green Gymmers met as two separate teams at the Town End of the Ock Valley Walk. Eleanor led group one with tasks including repair of the woodchip path and the planting of wild flowers. Andrew led team two which consisted wholly of a litter-pick towards the Drayton Road end of the walk, centred around the litter hot-spot that is the footbridge from the Tower Close area.

Three full bags of recyclables along with a couple of bags of general waste were collected by Andrew's team while Eleanor kept her volunteers busy with collecting barrows of woodchip and repairing the priority areas of path and by sowing flowers including ox eye daisies.

There was also the opportunity to see many of the trees we had planted in previous years in blossom or coming into leaf. Likewise some of the wild flowers including fritillaries had popped up, heralding the arrival of the Green Gym spring! 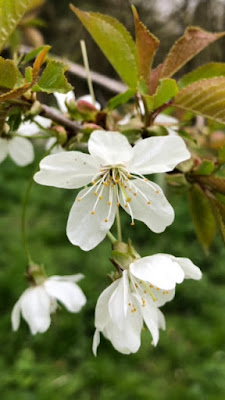 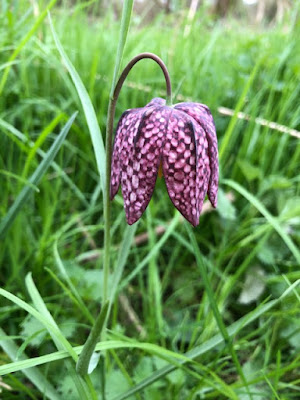 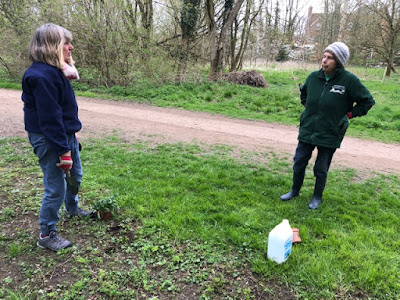 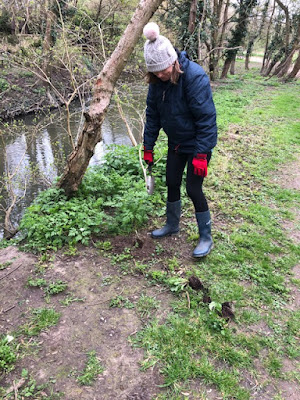 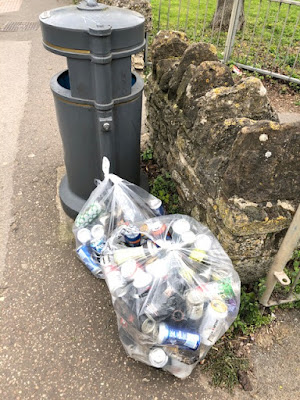